Counterpoint: iPad market share continues to grow in Q1 2021 across all models


The latest report from market research firm Counterpoint shows that Apple’s iPad lineup continues to perform strongly. The brand’s global tablet market share has grown 53% YoY in Q1 2021 to a total market share of 37%. During the same quarter in 2020, iPad shipments made up 30% of market share.

The report mentions that Apple and Samsung both benefitted throughout 2020 from decreased competition in the tablet space. The two companies “aggressively released and promoted new models” while other tablet makers “downsized or closed the business”.

Apple sold 33% more iPad units worldwide in 2020 than in 2019 and continued to lead the market, expanding its share to 37% in Q1 2021. Despite the off-season effect, Apple improved its performance in all major regions, particularly in Japan, where its sales continued to hit all-time highs. 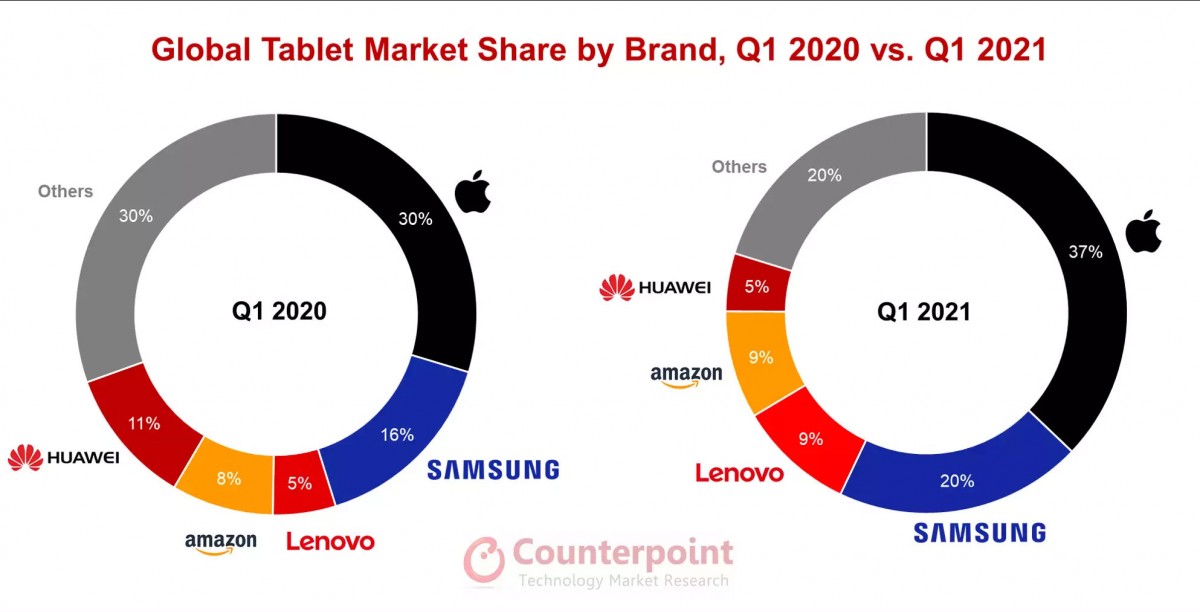 Despite the base model iPad making up most of Apple’s tablet sales, Counterpoint’s Senior Analyst Liz Lee explained that all models across the lineup performed well. The base iPad made up 56% of all iPad sales in Q1 2021 while the iPad Air 4 and Pro models made up 19% and 18%, respectively. The iPad 8 was the best-selling model while the iPad Air 4 ranked second.

Looking towards the rest of the year, Apple’s M1 iPad Pro has been well received by the market, but the chip shortage was cited. Apple is challenged with both the chip shortage and production issues related to the Liquid Retina XDR display. Lee expects M1 models to soar in Q3 once the supply chain restabilizes, just in time for the holiday season in Q4.

Samsung puts RAM and storage on a single chip; meet the LPDDR5 RAM and UFS 3.1