Huawei Watch 3 and Watch 3 Pro smartwatches debuted a couple of weeks ago as part of the big HarmonyOS 2.0 announcement. We have had the Pro version with us for a review since, and now that we’re done with all the tests, we can tell you what went right and what disappointed us during the past two weeks. 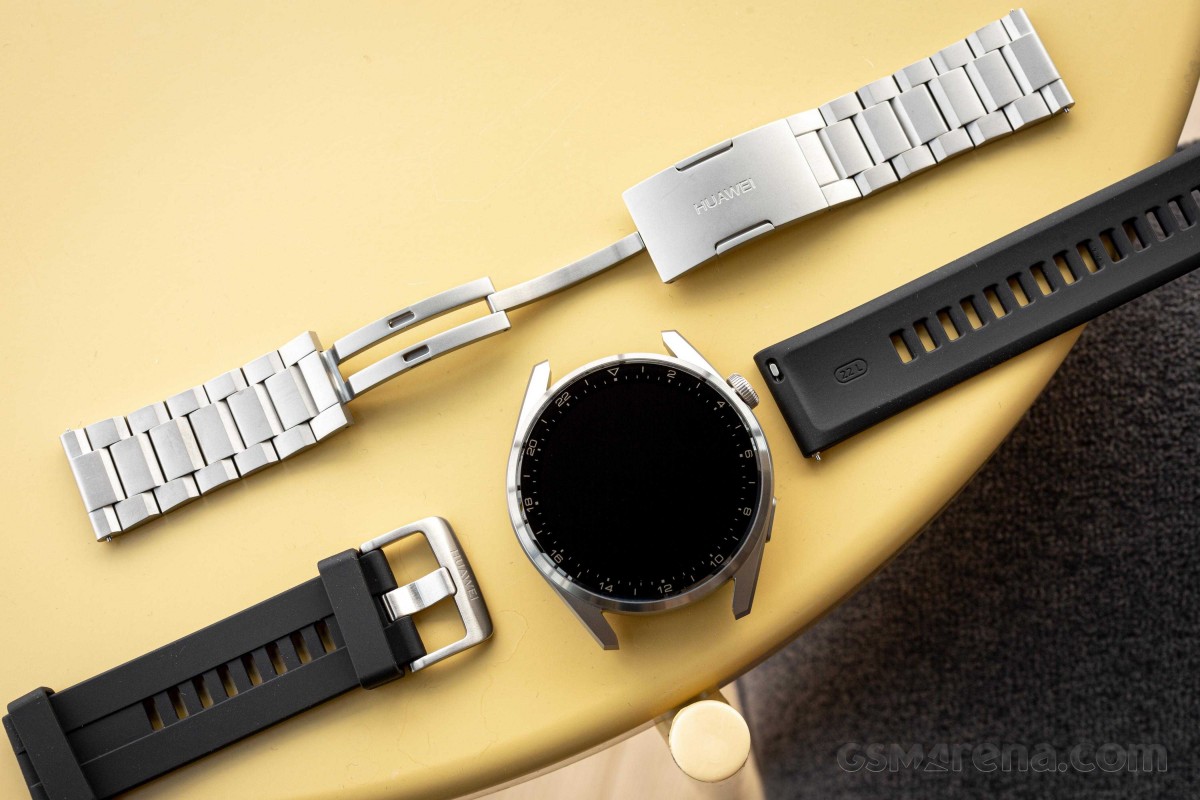 The Watch 3 series comes as a proper smart wearable that offers standalone calls without the need for a smartphone. The difference between the vanilla and the Pro is the design, build materials and the battery life, and we have the mightier version with us here.

The Huawei Watch 3 Pro arrives with a premium titanium body and a 22mm standard strap. It feels exquisite and looks amazing. Luxurious watches tend to weigh a lot, but our variant had a lovely feel on the wrist without being too much of a burden. The total weight is just 63 grams without the strap.

You get a rubber and a metal strap in the box, so you can easily customize the Watch 3 Pro to fit just about any outfit, but if that’s not enough the standard straps mean getting extra ones is really easy.

However, the 1.43” display and the 48mm case itself are rather big and might be too much for smaller wrists. The bezel around the touch screen – is split into 24 sections (for the 24 hours of the day) but has little practical use with the majority of watch faces.

The crown button on the side is also made from titanium, and we loved the tiny “Huawei watch” writing on the side. It works both as a scroll and a button, but getting used to scrolling with it takes some time. There is a secondary key that can be mapped – the default option is Workout, but it can also be Music, Contacts, or even AppGallery.

The big upgrade Huawei has done with the Watch 3 Pro from the Watch GT 2 Pro is the operating system. It is now running HarmonyOS 2.0 and brings depth to the already existing features. Design-wise, Huawei has kept it simple and only increased the font to match the bigger screen – icons are the same. 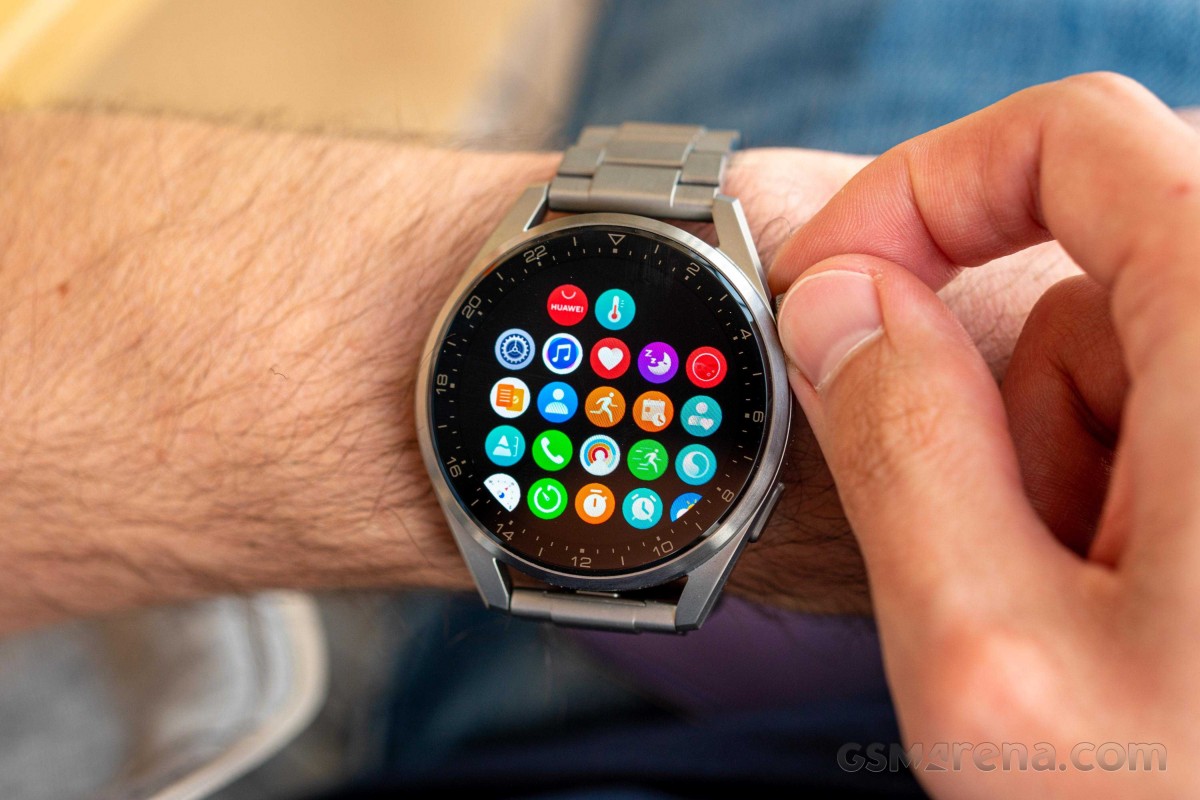 Thanks to integrating the smartwatch into the Harmony ecosystem, it supports the voice assistant Celia – Huawei’s answer to Siri and Alexa. In order to work, you need to have their Watch 3 Pro connected to the internet – either through Wi-Fi, Bluetooth, or the eSIM inside.

Pre-loaded apps are already well-known to Huawei and non-Huawei users – Heart Rate, Sleep Tracking, SpO2 measurements, Breathing exercises. The difference comes from the integration with Huawei AppGallery – it offers applications that can run either on their own or as a companion to an already installed app on your phone. There aren’t many apps yet at the store, but the service is rather new, so we hope to see more in the future. 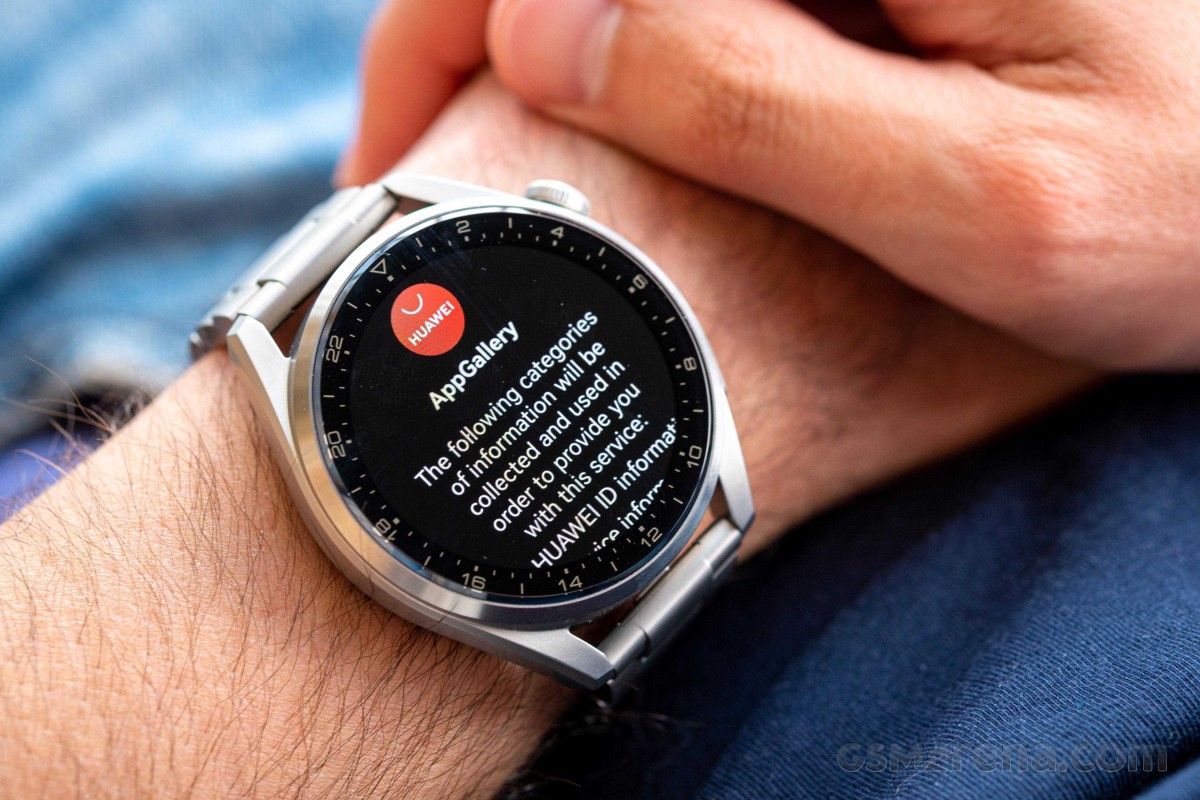 The Watch 3 Pro can live on its own, without a SIM card whatsoever, so that’s why Huawei moved some features from the Huawei Health app (which you need to use the wearable to its full extent) into the watch – one of them is the Alarm. Another cool feature called Drain plays a high-pitched noise to expel any liquid out of the speaker cavity.

Finally, Huawei has decided to give you the option to have your apps in a grid or a list. The former offers more apps at a glance; the latter brings a sense of order, although scrolling is necessary and might be too much if there are many installed apps.

Another major change Huawei has done in its wearable department is how the watch is connected to the world. In the past few years, at least since the company has been using the Lite OS, connectivity was limited to Bluetooth and GPS. 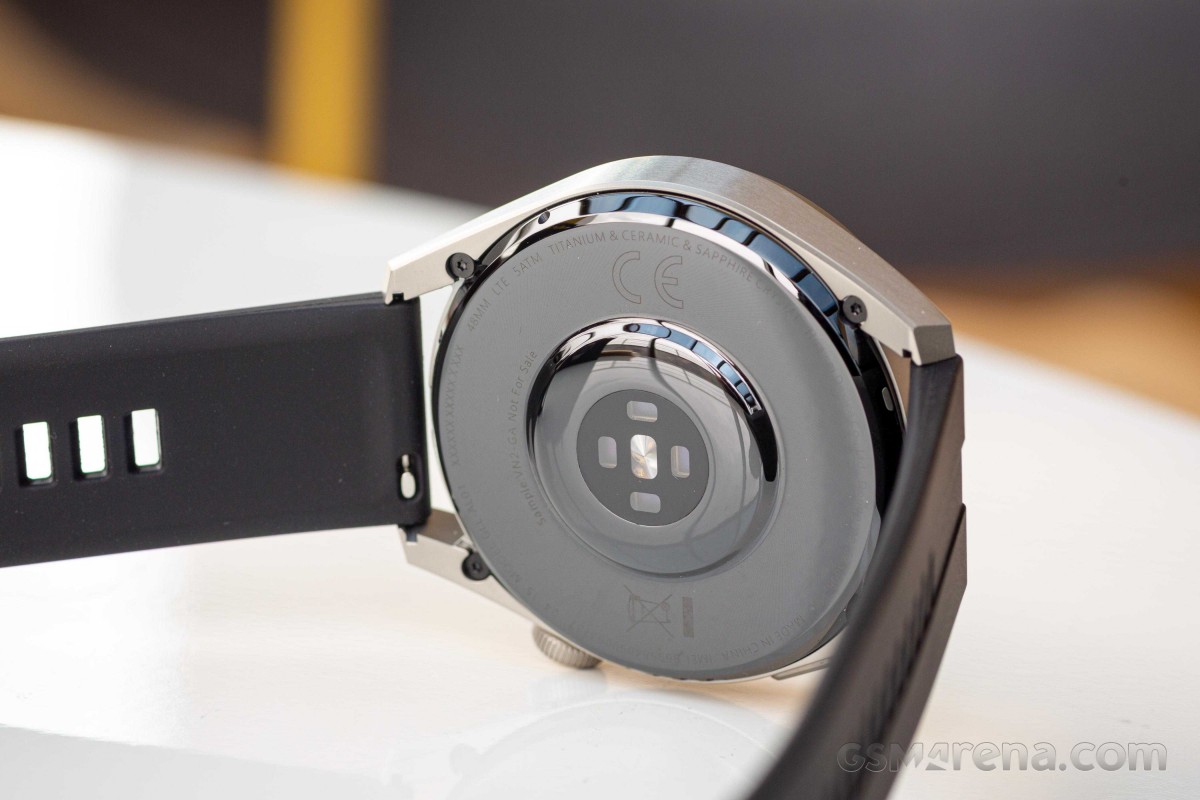 Now, everything has changed. The Watch 3 Pro supports Wi-Fi connectivity, comes with NFC in global markets, and can connect to a mobile network on its own. There is an eSIM module inside that allows cloning the smartphone’s SIM card through the Huawei Health app – there is a dedicated button in the menu.

The big caveat – the carrier must allow the change to happen through proprietary QR codes, so not everyone would get an independent smartwatch out of the box.

Huawei is famous for the great battery life of its wearables, and the Watch 3 Pro can achieve up to 21 days with a big asterisk. When Wi-Fi is on, the eSIM is connected, NFC is occasionally turned on, notifications pop up left and right, and the AOD is on the battery life is just over three days. All 790 mAh of the battery were drained.

There is a magnetic 10W wireless charger in the box, but the Huawei Watch 3 Pro can be charged pretty much with every Qi charger. Due to the massive battery inside, it takes nearly three hours for the cell to fill up from 0 to 100% – charging the watch for three hours every three days isn’t that great compared to the Huawei watches of the past, but when compared to other proper smartwatches it’s actually decent. 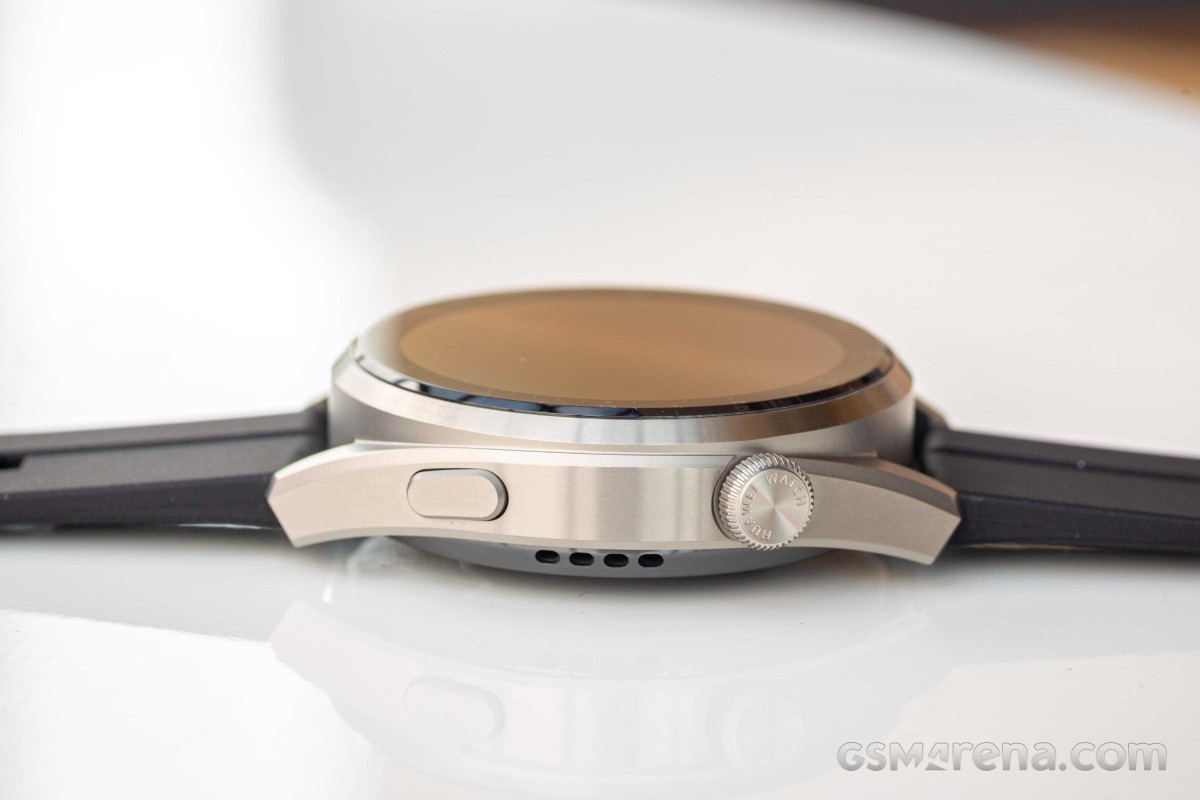 And you do get the option to have the best of both worlds. The Ultra-long battery life mode transforms the Huawei Watch 3 Pro into more of a classical Huawei smartwatch – no standalone calls or Wi-Fi, but the Bluetooth and GPS keep working. That way, the battery can live between 14 and 21 days, depending on the your usage (mostly if you do a lot of running and need the GPS frequently).

We also tried a mixture of the two where we’d drop the phone when going out for a run or go out with friends in the evening and use the Huawei Watch 3 Pro on its own. The rest of the time it would be paired to the phone in its long battery mode and we’d get nearly 6 days of battery life, which is very respectable.

You can go even further if you disable the Always On Display, because the Watch 3 Pro has the fastest and most reliable raise to wake we’ve seen on a smartwatch.

HarmonyOS has also provided a breakdown of what drains the battery the most, splitting it into two categories – Hardware and Software. 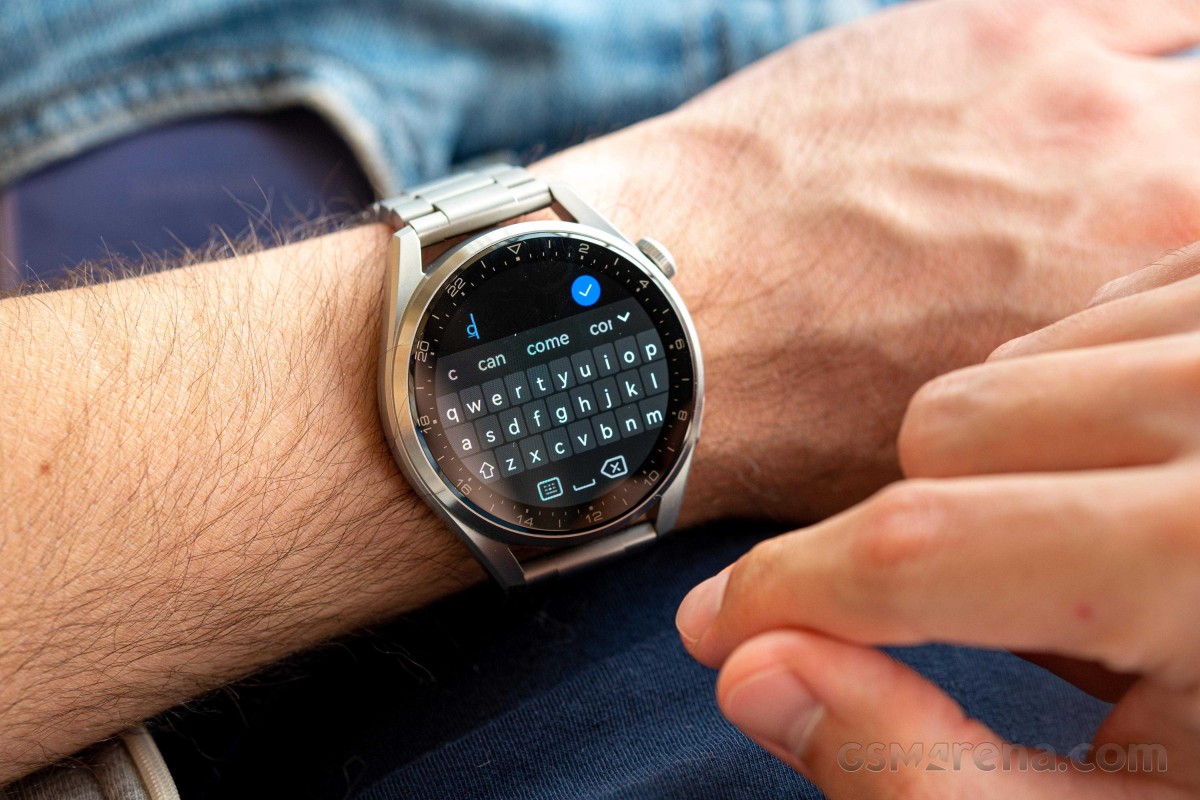 The Huawei Watch 3 Pro offers a compelling set of features that would make it a perfect companion to large number of people. It does everything we loved on the Watch GT 2, but also adds the standalone mode that lets you leave your smartphone at home. And in both cases it offers better battery life than its rivals.

The watch looks amazing, feels like a quality timepiece, performs great, and brings long-awaited upgrades to the Huawei ecosystem. And that’s why it is so expensive – the Classic variant with a leather strap costs £499 while the Titanium option we had is £599, but Huawei UK is slashing £50 for early birds. Deals in other European countries are even spicier – when purchasing the Watch 3 Pro at full price, Huawei will throw a pair of Freebuds for free, offer discounts on a bunch of other smart products and provide a trade-in in select countries. With these offers, the Huawei Watch 3 Pro is a great bargain.