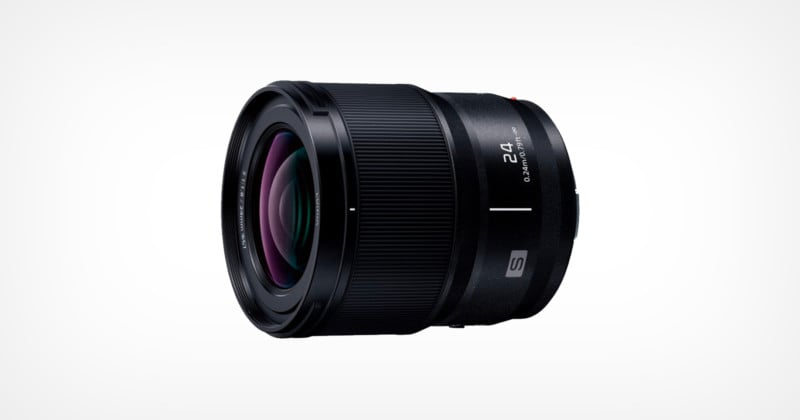 Panasonic will soon release a new wide-angle fast prime lens according to a new report. If true, it would be the third in a set of four f/1.8 prime lenses the company originally revealed last fall.

While Panasonic has spent most of 2021 working on Micro Four-Thirds cameras like the GH5 Mark II and the upcoming GH6, it hasn’t wholly neglected its full-frame L-mount systems. In June, the company announced the 50mm f/1.8 for its L-mount systems, and in February it announced the 70-300mm f/4.5-5.6 Macro O.I.S. lens. Both lenses are categorized under its S-series. The S-series is Panasonic’s set of full-frame optics that aren’t certified by Leica to meet specific optical marks and are therefore usually less expensive than what many would consider the company’s “pro” line of lenses.

Nokishita, a famed and often correct camera and lens leaker, has reported that Panasonic’s next S-series lens will be a 24mm f/1.8, but its price, announcement date, and time of availability are still unknown.

The text in Nokishita’s tweet translates as follows: “Product image of Panasonic “LUMIX S 24mm F1.8″. At the moment, the titles registered on overseas news sites are ‘Panasonic announced the S series lens of 24mm F1.8’ and ‘Two new single focus lenses have been added to Sigma’s I series’. #rumor”

This rumor is not without merit. In addition the relatively high-resolution images of the upcoming lens leaked by Nokishita, Panasonic itself already told fans to expect this lens when it announced the 85mm f/1.8 last November. As part of that announcement, the company said that the 85mm f/1.8 is just one of four wide-aperture primes it was currently working on, and would be releasing the 24mm, 35mm, and 50mm f/1.8 lenses after. When Panasonic launched the 50mm f/1.8 in June, it reiterated this commitment and said that the 24mm and 35mm were on the way.

When all four lenses are finally officially launched, Panasonic will have created a set of f/1.8 lenses of variable focal lengths that all share the same 67mm front filter diameter, a decision the company made in order to make using all the optics together easier.

There were seven long months separating the 85mm from the 50mm launch, so getting the 24mm just three months after the 50mm was announced is a much more respectable pace. Hopefully, Panasonic is able to release the final member of the quartet before a full year elapses since it said it was developing the set.