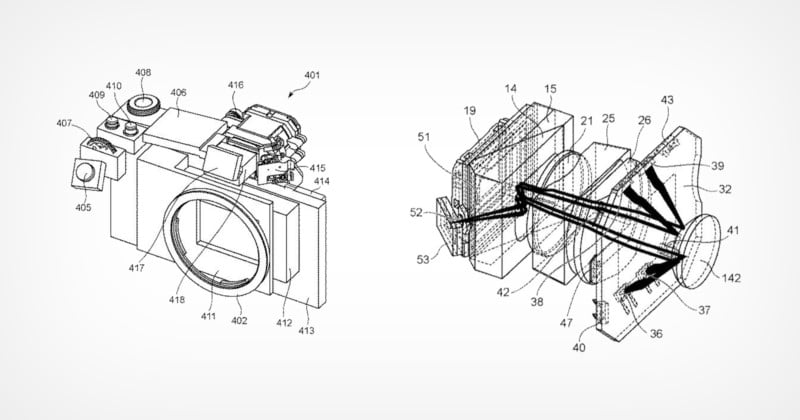 In a patent, Canon explains how it intends to translate its Eye-Control Autofocus (AF) technology into a camera with an electronic viewfinder (EVF). The technology was originally developed for the EOS 5 SLR, and as such needed updating.

In early April, Canon announced that it was developing the EOS R3 camera which would use the company’s old Eye-Control AF for the first time in years. However, the implementation of the technology needed to change in order to adapt properly to modern technology.

Filed in October of 2020 and unearthed by Canon News, the patent explains how the company would translate the eye control AF concept to an electronic viewfinder with the main goal to prevent the “deterioration of operation” — which likely means the visibility or clarity of the viewfinder — and “provide a line-of-sight input function.” 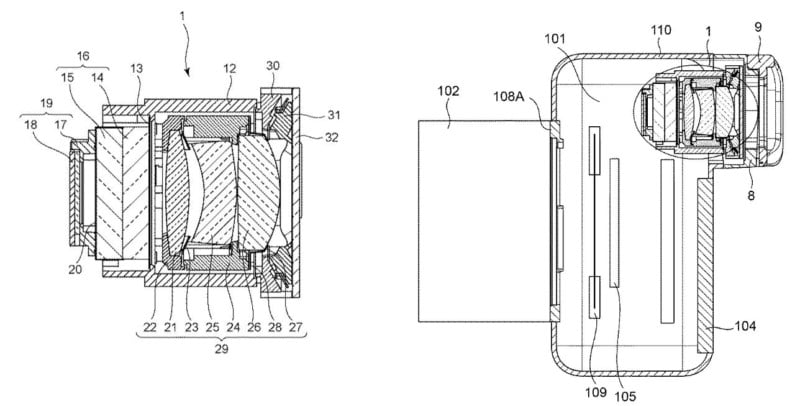 From the utility patent application overview:

An imaging device comprising a sensor capable of capturing an optical image of an object incident through a lens unit, wherein the eye of a user viewing the display panel can be imaged by a display panel… Therefore, an object of the present invention is to propose an optimum arrangement of the EVF in the image pickup apparatus, which is provided with the EVF and can suppress the deterioration of the operability of the image pickup apparatus provided with the line-of-sight input function.

Canon’s patent depicts a small image sensor that will sit to the side of the main EVF display and use a dividing prism along the optical path which would direct light to the line-of-sight image sensor.

The two drawings below show how infrared beams will bounce light off the eyeball of the photographer which will be transmitted through the EVF and towards the side-mounted sensor. Canon says that “infrared rays are radiated toward different positions” which allows it to, theoretically, tell where the photographer is looking and adjust autofocus in kind.

The details of the patent are dense, but by situating a sensor off to the side of the viewfinder, Canon seems to indicate that it can offer a high-resolution electronic viewfinder experience combined with the eye-detection that will not result in any degradation of perceived quality. When eye-control AF was originally launched in the EOS 5 in 1992, it allowed the photographer to select from one of five focus points by looking at them through the viewfinder. The feature only worked, but only when the camera was held in a horizontal orientation. Fast forward nearly 30 years, and camera technology has advanced considerably. While Canon has revealed the EOS R3 will use the technology, it has not detailed what photographers can expect from its performance. The company will likely have to make the R3’s implementation of the technology far superior to the original in order to be deemed useful and must take advantage of considerably more autofocus points and work in any orientation.

Coolpad is coming back, will unveil the Cool 20 next week