How To Launch A 3D Printing Business: Tips And Tricks To Print Money For You: Creating A Business With A 3D Printer

Added to wishlistRemoved from wishlist 0
Add to compare
$3.79 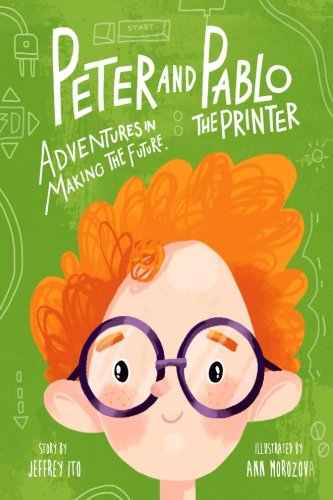 An Unexpected Birthday Present Turns Into A Magical 3D Printer

Peter is about to turn seven years old. For his upcoming Birthday he is gifted a 3D Printer by his father – one that is capable of printing anything!

Pablo The Printer is powered by invention, fun and courage. While most 3D Printers can only print in plastic, Pablo can literally print things to life! Pablo not only prints Peter the toys he wants, including a new best friend (a blue dog named Rocky will always be a man’s best friend), but he also shares timeless wisdom with him. Peter soon learns a valuable lesson. Even though Pablo is capable of printing anything, it doesn’t mean that Peter should print everything. Along the way, Peter meets a few new friends and learns first-hand the power of why imagination is so important for the next industrial revolution. So, will you join Peter and Pablo in their adventure to make the future?Book Description & Morals: Pablo The Printer teaches children the value and potential effects of technology. Technology has brought us amazing things from the printing press to the computer. Technology will not, however, be able to replace the social interaction and communication present in the modern world. Like all things in life and the ideas that come 3D printers should be treated with love & respect.

Be the first to review “Peter And Pablo The Printer: Adventures In Making The Future (3D Printing Children’s Books)” Cancel reply