Samsung is expected to make foldables outside of the Galaxy Z Flip and Z Fold lineups. Thanks to renders provided by LetsGoDigital in collaboration with Sarang Sheth, we have an idea of what a new kind of Samsung foldable might look like. The patent was filed with both the WIPO and USTPO within a day of each other. The patents is titled “Method and device for providing user interface in electronic device having foldable display’. 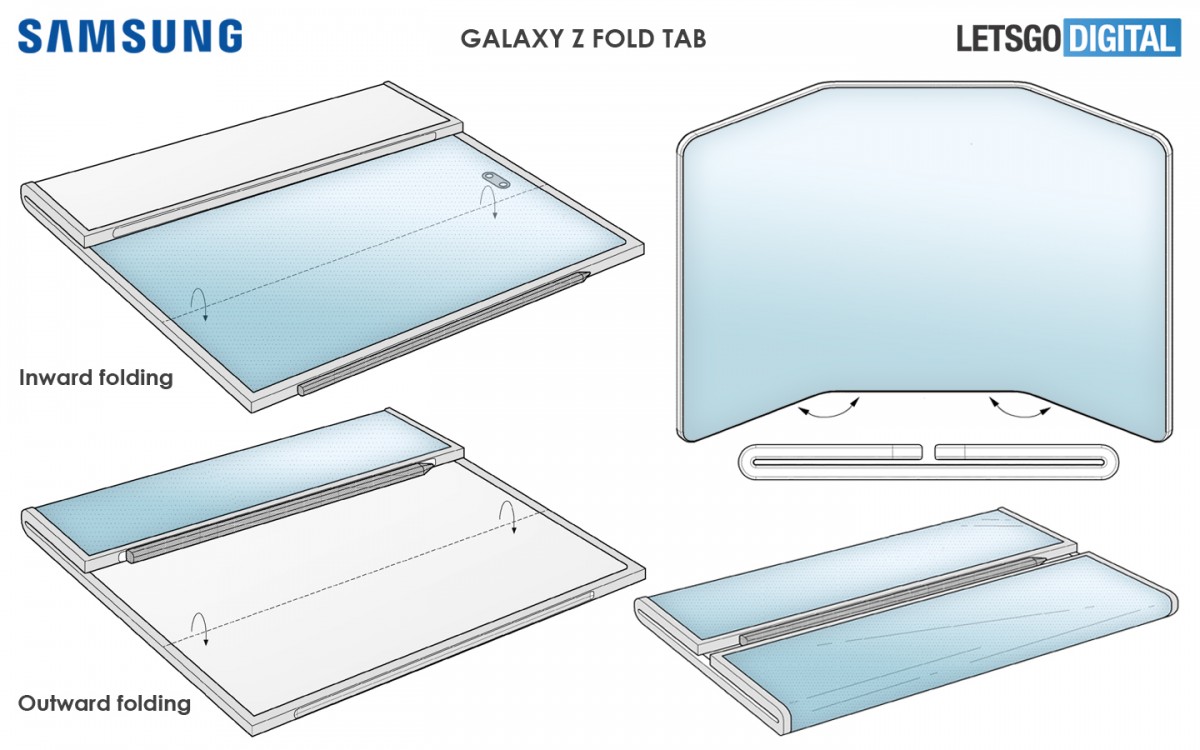 Dubbed the ‘Samsung Galaxy Z Fold Tab’, the foldable has dual hinges with three display sections. When completely folded, the gap left by the two outer sections is enough to house an S Pen and the vertically stacked triple camera setup. 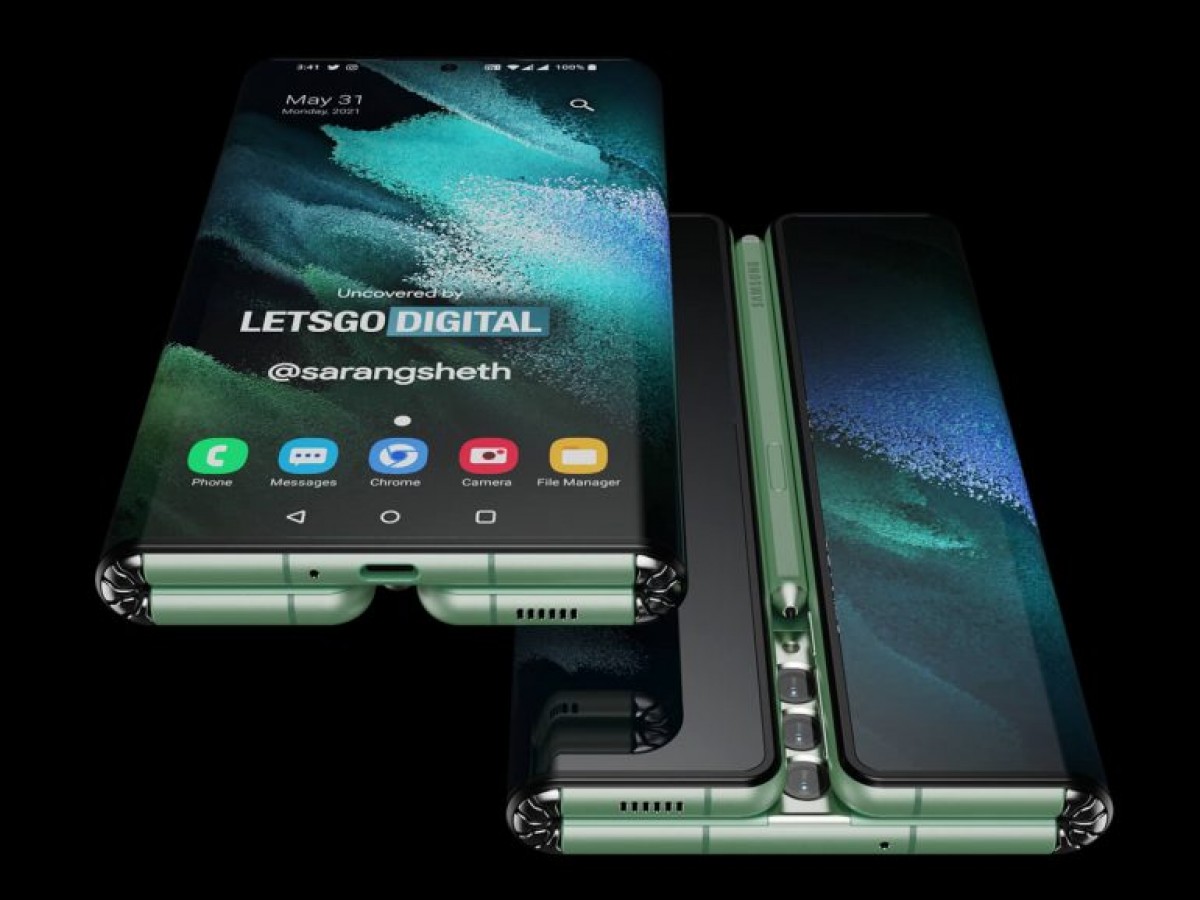 The device can be used in three possible configurations: fully open, one side folded, or fully folded. The interface adapts as soon as the shift is detected. Flex Mode is mentioned by LetsGoDigital so we expect the articulating hinges to make an appearance here as well. 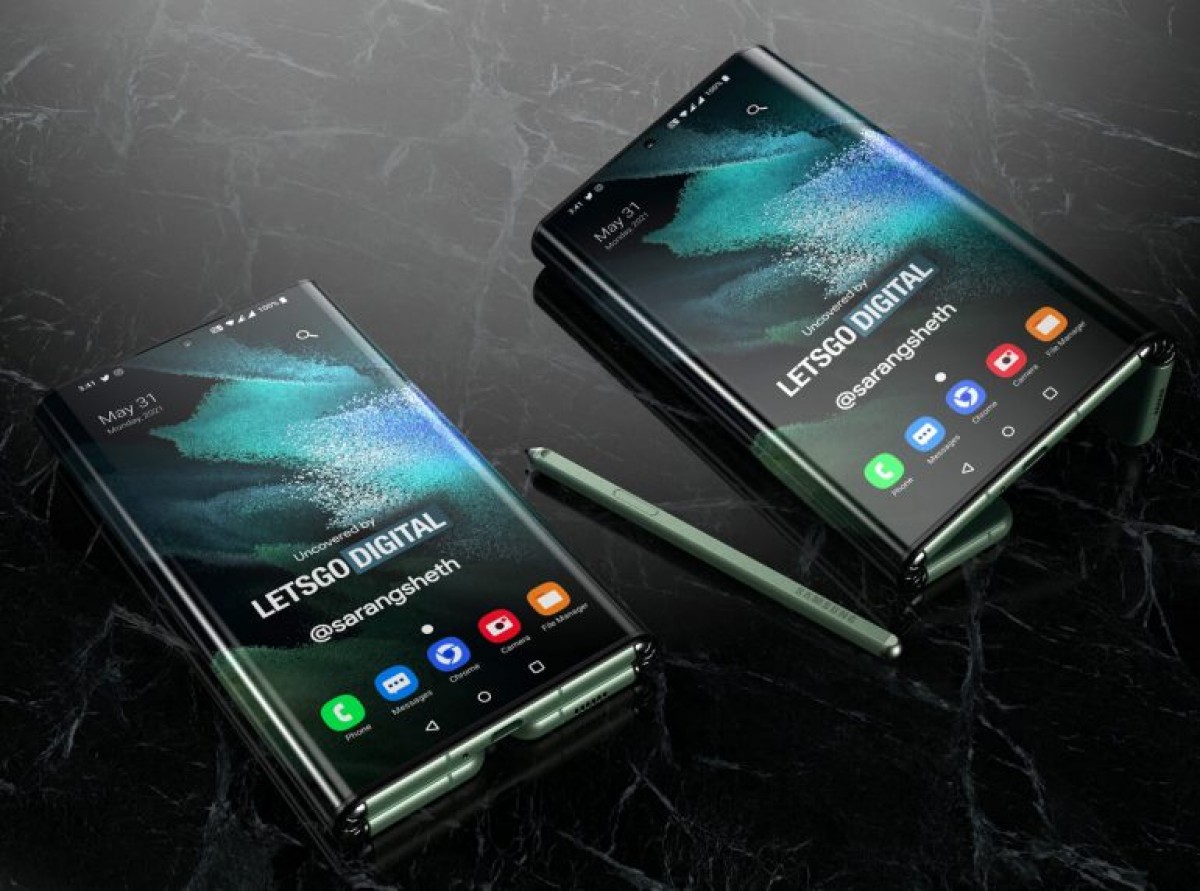 Samsung has previously patented multi-function foldables like this one. The Galaxy S-foldable that Samsung showed last month shows that the company is certainly entertaining several different form factors before deciding which one to add to its Z lineups. That said, a device like this one may never make it to market and the renders you see are illustrated for reporting purposes. 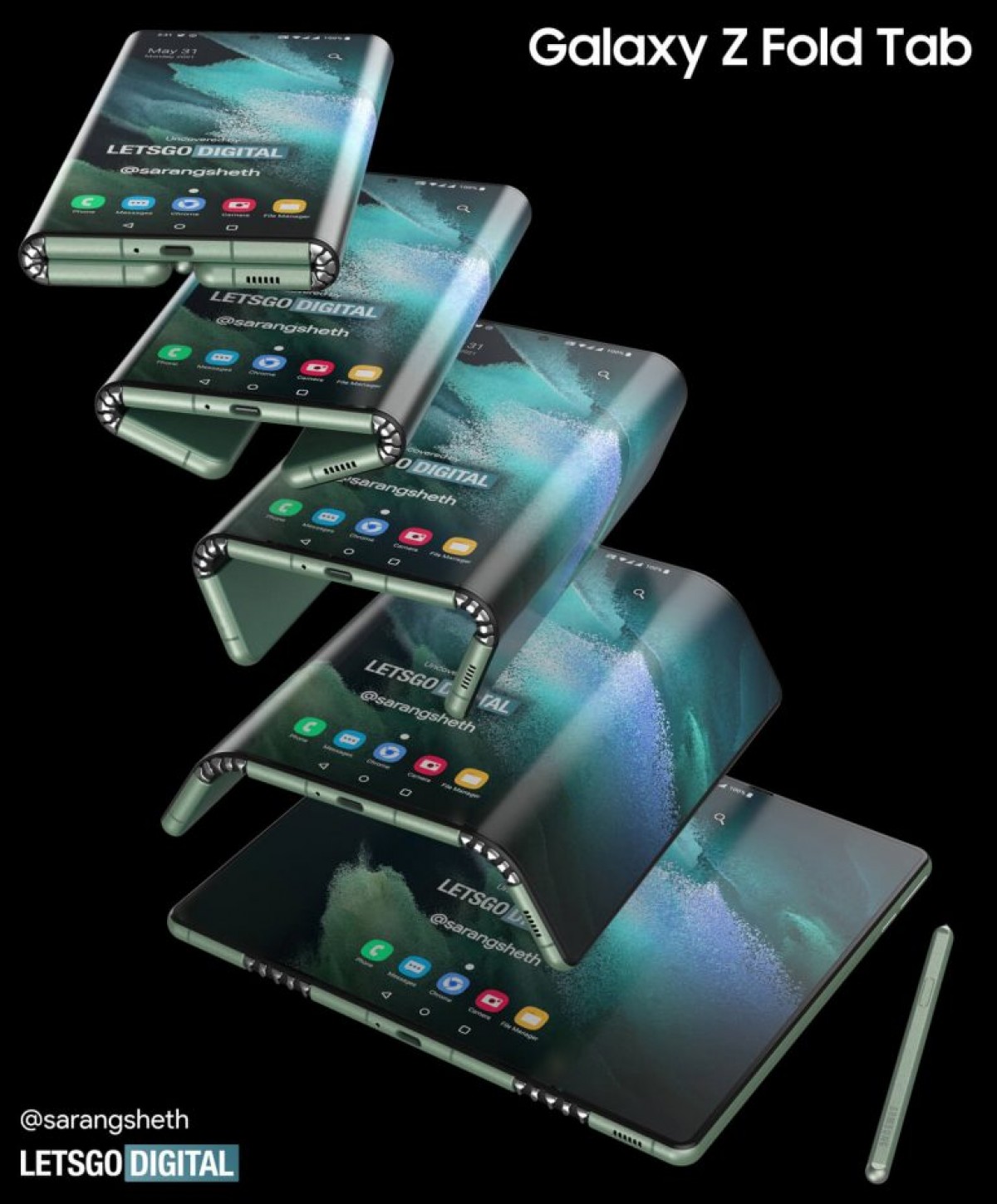 Samsung’s Galaxy Z Fold3 has reportedly entered mass production and the foldable is still expected to arrive sometime in July along with the next Galaxy Z Flip smartphone. Samsung recently forecasted that it expects to sell 7 million foldable devices in 2021 by the end of the year.

Samsung’s future lies heavily in flexible displays for both its own devices and other OEMs. We should see a rise in foldable devices but that should follow a rise in the average cost of smartphones. It will be interesting to see whether the market will permanently accept foldable form factors or if they will ever fade away.

Paying for a study that says Apple fails at privacy