surface duo gets a huge price cut in the UK


Microsoft’s smartphone-tablet hybrid Surface Duo is currently available for £679 including taxes in the UK. Launched in September 2020, the dual-display device had the original price tag of £1,349. So, you are looking at an effective discount of almost 50 percent.

Along with the base model with 128 GB storage now pegged at £670, the 256 GB version has also dropped in price from £1,448 to £720. You can avail of these updated prices from Microsoft’s official store in the UK. However, before pulling the trigger, you may want to go through its specs and features.

For starters, the Surface Duo is powered by Qualcomm’s Snapdragon 855 processor. It packs in 6 GB of RAM with an option to choose between 128 GB and 256 GB internal storage. The highlight is its foldable design that sports two 5.6-inch AMOLED screens. Unlike the Galaxy Z Fold 2 and Huawei Mate Xs, the Surface Duo’s display separates at the hinge. Speaking of hinge, it allows for 360-degree movement.

On the photography front, the handset sports an 11 MP camera capable of recording videos 4K 60 fps. The Surface Duo has a side-mounted fingerprint scanner. In terms of connectivity, the device can take advantage of a nano-SIM slot along with an eSIM. It supports 4G VoLTE, dual-band Wi-Fi, Bluetooth 5.0, and, GPS. It can be hooked up to an external monitor using DisplayPort over USB-C.

The Surface Duo holds a 3,577 mAh battery, which seems inadequate for a device with two displays. The phone supports fast charging with an 18 W adaptor bundled inside the box.

On the software side of things, Microsoft’s handset runs Google’s Android 10. It is Microsoft’s first smartphone after the company dropped support for its in-house Windows Phone platform in 2017. Unfortunately for the Redmond-based company, its Android-powered Surface Duo didn’t receive much love from consumers either. The device struggled to attract customers partly due to its large form factor and expensive price tag. 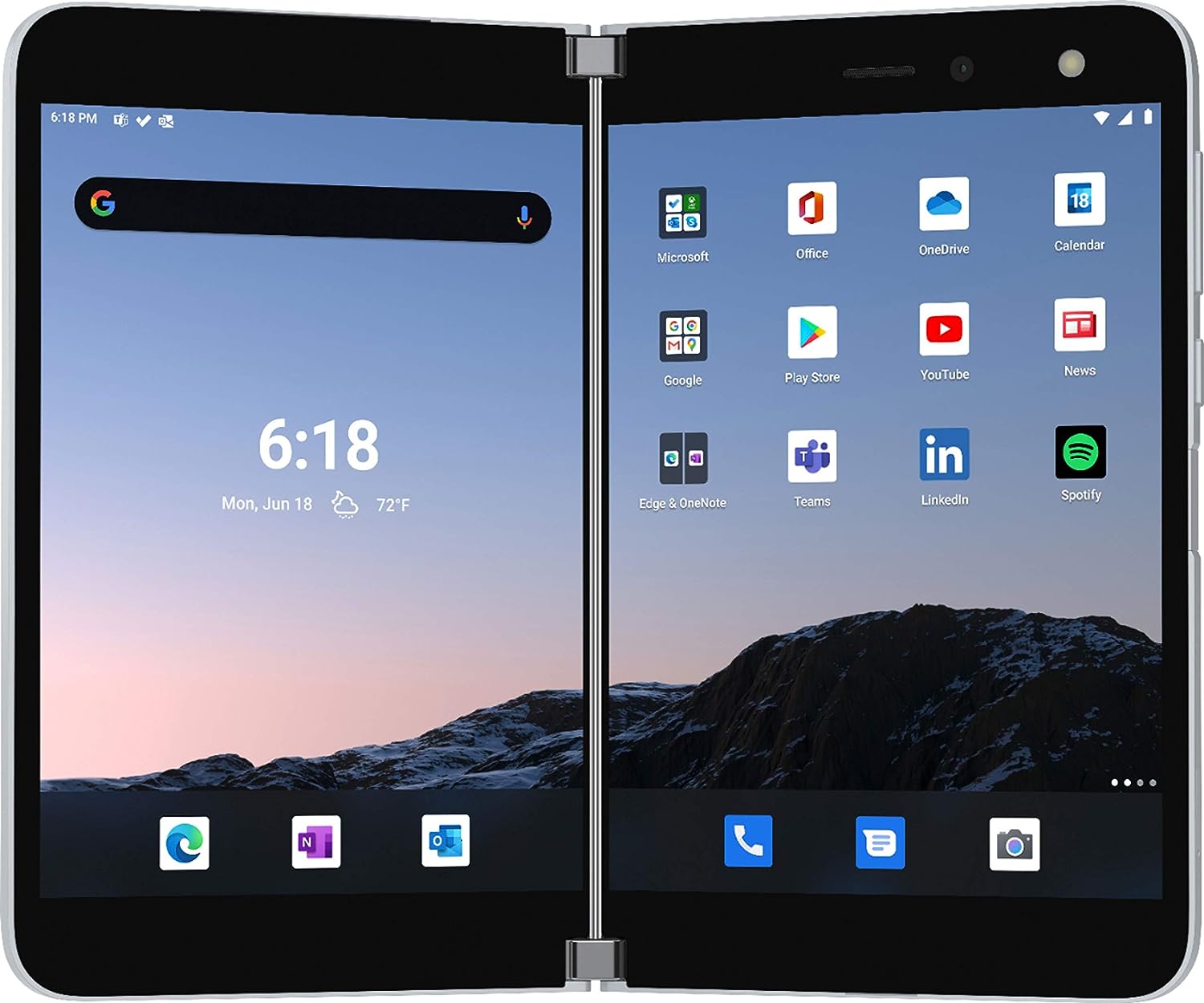 Samsung Galaxy A20 is getting Android 11-based One UI 3.1 update in the US

Valley by Barner is a Modular, Easy-Access Bag for Casual Photographers

Despite launch rumors, Galaxy S21 FE could still be months away